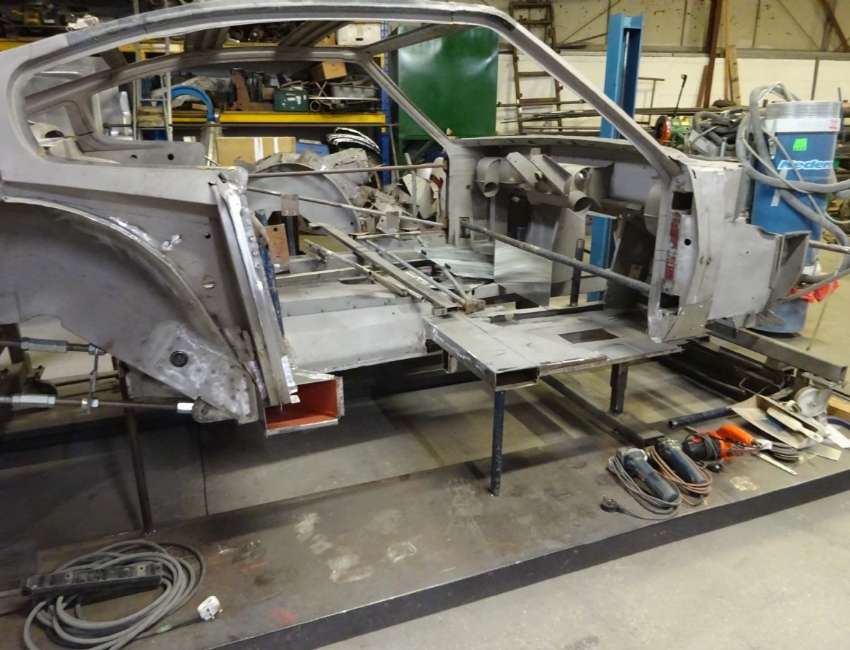 Introducing "Bob" an Aston Martin DBS requiring a lot of love and restoration. The owner has kindly given us permission to share Bob's journey to restoration. We will continue to update this project with photographs and information regarding the ongoing work Bob reqires, but for now, here you can see the poor state of some of the original panels, it would appear that this car has been in an accident at some point in time and most of the exterior panels require some repair and reinforcement.

As we know, Bob requires a lot of TLC, and sometimes in whole car restorations, knowing where to start proves difficult. One area we have started to work on is repairing the rear wheel arches, as you can see from the photographs, and also completely replacing the B Post panels. We manufacture a wide range of DBS parts, which you are able to view here including front and rear B Post Panels, together with the reinforcings, and B Post repair panels front and rear (only rear pictured). If you are undertaking a restoration and require parts or advice, don't hesitate to contact us.

With a whole car restoration such as this, sometimes it seems that whilst the work on one area may take many hours, it doesn't seem to make much difference to the overall appearance of the car, until all of a sudden you can see it beginning to take shape. As you can see from the new photographs added, we have replaced the inner sills as the originls were beyond repair, and for structural security repair isn't always the best option. Together with new front and rear floors and some general repairs and tidy up of the main chassis leg, the work is coming along nicely and we can start to see some real changes since first receiving the car.

It was clear from the beginning that Bob had been involved in a sizeable accident at some point in its lifetime and so a large amount of repair was required, and as you can imagine, the front end of a DBS has an awful lot of parts involved! In order to undertake the work required, the inner wheel arches were removed, as were the engine compatment side panel, which were ultimatey replaced. There was damage to the original engine mounting panels and blocks as you can see in the photograph and so these were relaced on both sides, this unfortunately seems to be a reoccuring repair required in DBS restoration, as this is not the first time we have come across it. As such we do manufacture these parts if you find yourself in a similar position. On one side, as you can see, the angled rail front extensions and anti roll bar mounting were replaced due to sustained damage and new servo mounting brackets were fitted.

Bob has required a sizeable amount of work to the front end, which is not surprising when you look at the original panels! We have been busy making and fitting new bonet landing panels for both the front and side, which aid in building the shape of the front of the car, and once secured will allow for work to commence on the bonnet. The front end/ headlamp panel, which comprises of many smaller sections including top hat sections, headlamp mounting brackets etc which all contribute to the instantly recognisable DBS front end has been completely replaced. As with the majority of the replaced parts on Bob, we do manufacture and sell the bonnet landing panels which you can view here if you re undertaking your own DBS restoration project.

Update: Bob is about to undergo a sizeable milestone in his restoration, which hopefully we'll be able to share with you the other side of the New Year. However for now work has continued on Bob, and still focussing on the front end, these photographs show a complete replacment of the footwell gusset to the right hand side of the car, the left only required minor repair in comparison. As you can see from some of the previous photos, the footwell gusset is located on the upper section of the chassis and provides support and structure to the car. We do sell Footwell Gussets, which you can view in our "Parts" section of the website. 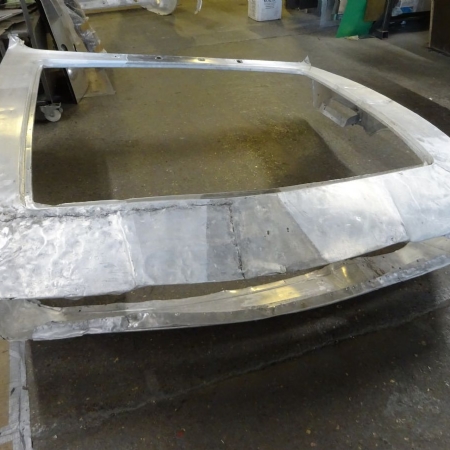 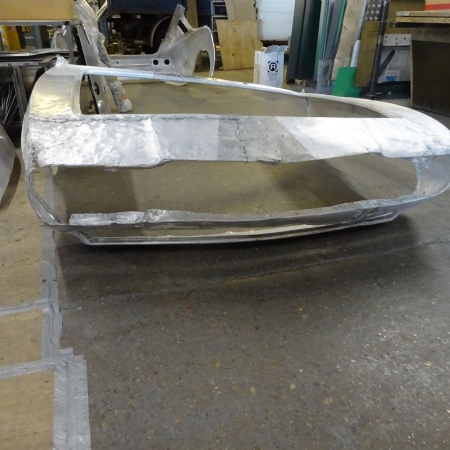 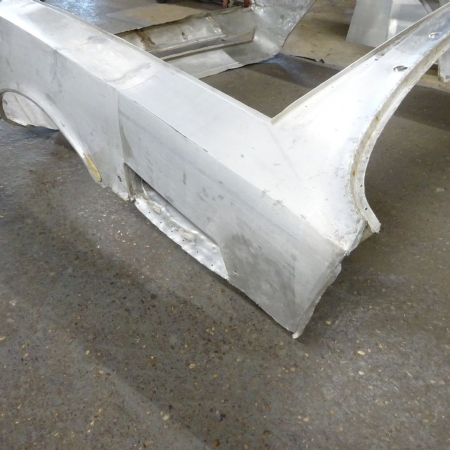 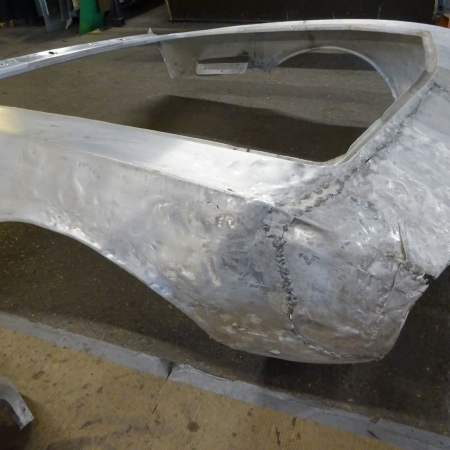 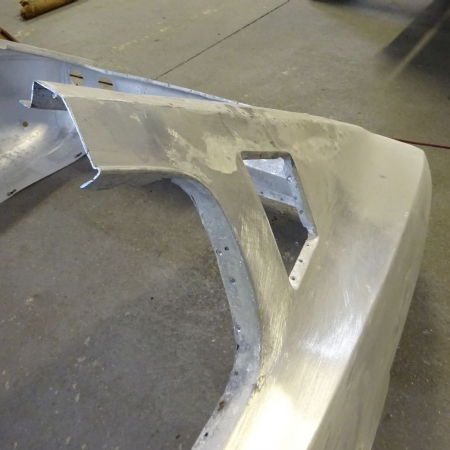 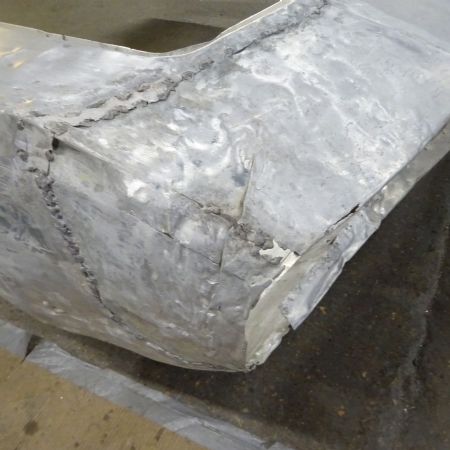 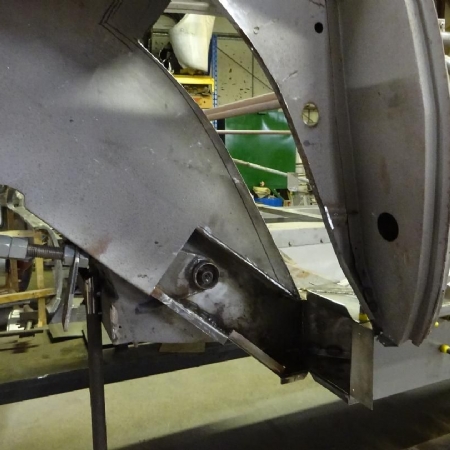 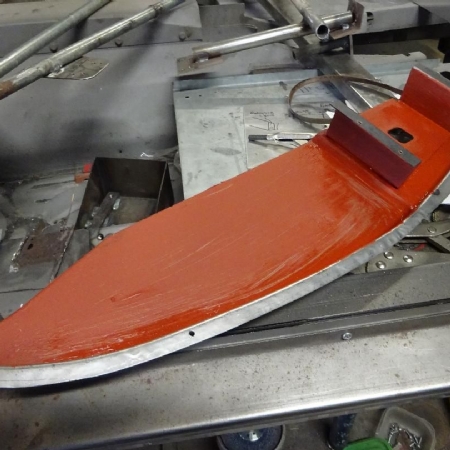 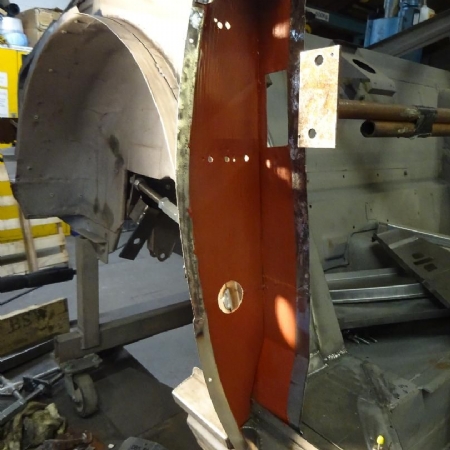 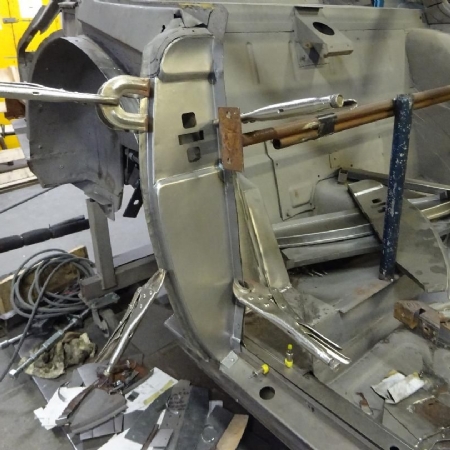 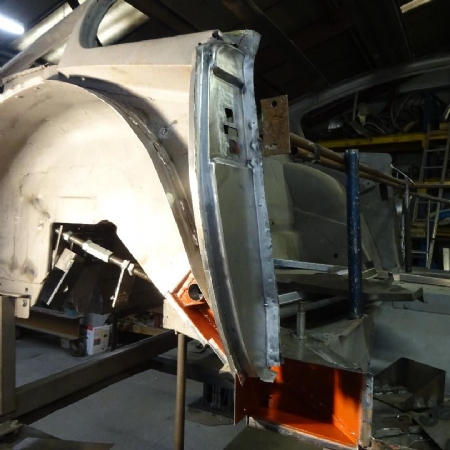 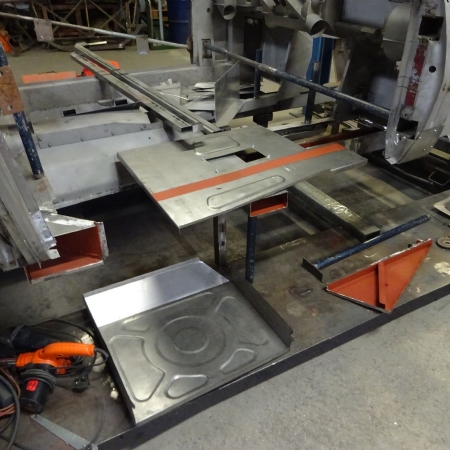 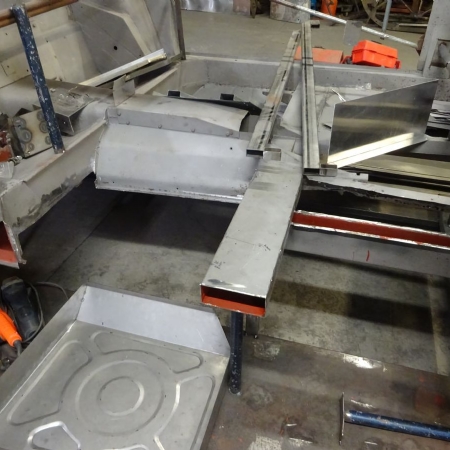 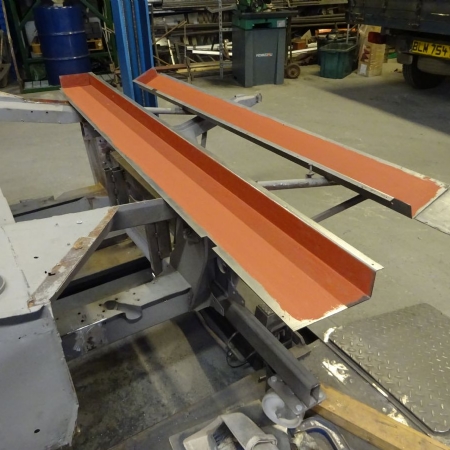 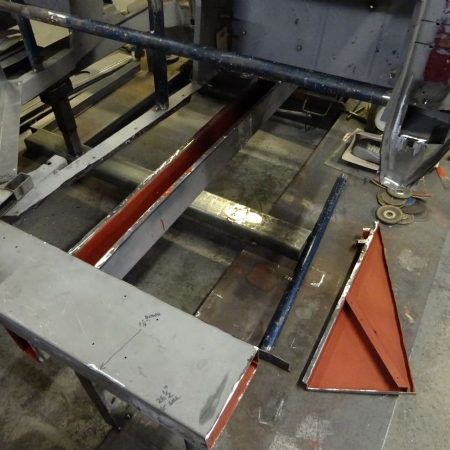 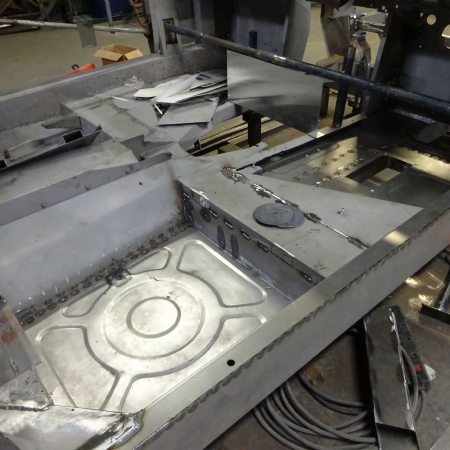 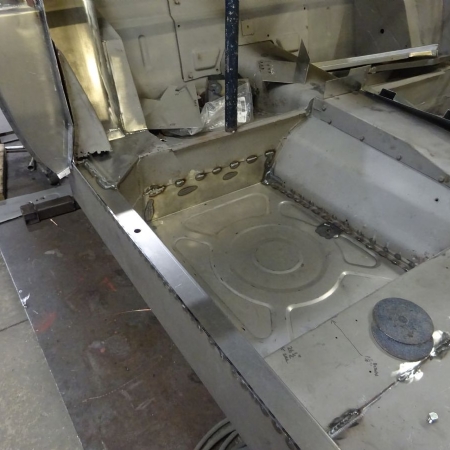